Hey folks. I’m Evan Midford, a recent hire at AVentPro, and this is the story of my first day on the job.

AVentPro is currently hosting online meetings for the Manitoba Government and General Employees’ Union (MGEU). Local chapters need to elect presidents, workplace stewards, and delegates for their union’s convention in October among other things. It’s kind of a big deal.

My job—as well as some other technicians—is to host the Zoom calls. It’s fairly straight-forward. Click here to start the call. Click here to share your screen. So on. So forth.

On my first day, I get to the office and everything is running smoothly. I’m scheduled for two meetings that evening. My first meeting starts. Everything is fine. We didn’t reach quorum (enough people for the meeting to be valid, a word I had never heard in my life until that moment), but things are going well.

My second meeting starts. We’re having a few technical difficulties but nothing too major when boom. Blackout. Complete power outage. The entire building is lit with nothing but emergency lighting and cell phone flashlights. 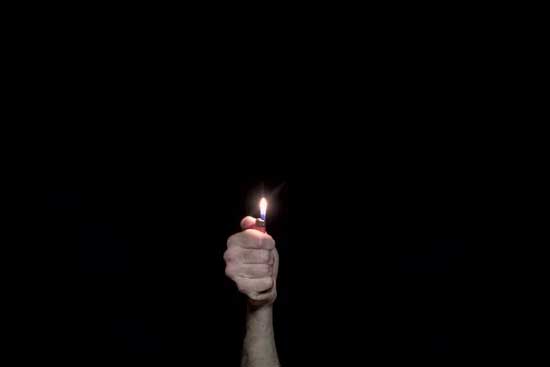 I’m stunned. “Surely this happens somewhat often,” I think to myself. “I mean, what are the chances there’s a massive power outage on my first day at work?”

I ask my co-worker, Jess, if this happens often. “This is the first time this has ever happened,” she replies.

“This is still fine,” I think. “We’ll get sent home early, and this’ll be figured out by tomorrow,” I think. At that moment, a blur flashes in front of my eyes. It was only after processing what I’d seen for a moment that I realized that the blur was AVentPro’s owner, Garry Hale, near-sprinting by me. He disappears behind a corner of the warehouse before re-emerging moments later with a cart of what looks like computer servers.

It was at this moment I realized there was not going to be a home-time in sight. I also realized that this was my first day, and I was looking aggressively useless.

I quickly follow behind, looking concerned but not having a clue what was happening. The computer servers Garry is wheeling around were, in fact, not computer servers but essentially massive batteries to remotely power the computers. Before I knew it, we had power again and were up and running. Hallelujah.

Now the next problem: internet.

No problem. We simply tether our cell phones to the computers for internet access. By the end of the night, we had successfully MacGyvered our way to finishing all the meetings we started, and the power hasn’t gone out since.

Now, every meeting station has an independent power supply, and we have an LTE-based internet connection, so should we ever lose power again, it won’t be an issue.

It wasn’t until a few weeks later that I heard Garry talk about the culture at AVentPro. That we were a solution-focused company. No matter what, the show must go on. But I already knew that. I learnt it on my first day when the power went out.

And, in case you were wondering, my second day went way smoother.

With more than 16 years experience producing events, AVentPro ensures that each of our clients has what they need to achieve their ideal outcome.

Just fill out your "nametag" and we'll get the ball rolling. We look forward to learning about your event and exploring how we can work together.

HELLO
your name is?

Signup For Our Newsletter